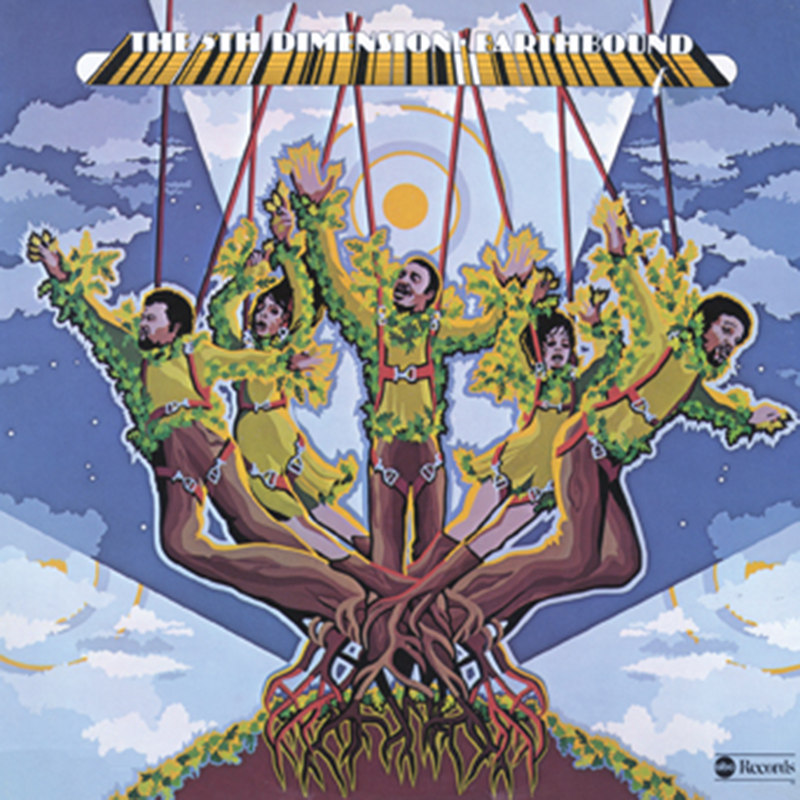 The 5th Dimension Is One of the Greatest Pop-Soul Groups of All Time, with Four Grammies and 16 Gold Records to Their Credit Earthbound Is the Only One of Their Albums Featuring the Original Line-Up Yet to Be Reissued

Produced and Arranged by Long-Time Collaborator Jimmy Webb (“Up, Up and Away”), Who Writes Half of the Songs on the Album

Album Marks a New, Funkier Direction for the Group

Added Memorabilia and Photos
Remastered by Mike Milchner at SonicVision

THE 5th DIMENSION: Earthbound. CD
The Soul City and Bell recordings of the original line-up of the 5th Dimension—Billy Davis, Jr., Marilyn McCoo, Florence LaRue (Gordon), Lamonte McLemore, and Ron Townson—have been amply reissued in the digital age, with reissues of all their albums and collections too numerous to name. But Earthbound, the final album they recorded together after moving to the ABC label in 1975, has, due to some contractual confusion, been lost in limbo for almost four decades. Now, after years of persistent efforts, the legal logjam has come unstuck and earthbound has been “unearthed” for this CD debut! This album’s use of synthesizers marked a real departure for the band and moved them in a new, funky direction; it also marked a highly anticipated reunion and final collaboration with legendary songwriter Jimmy Webb (“Up, Up and Away”), as Webb produced and arranged the record and wrote half of its songs. Remastered by Mike Milchner at SonicVision, with liner notes by Joe Marchese featuring extensive, exclusive quotes from Marilyn McCoo and Billy Davis, Jr., and added photos and memorabilia—this Real Gone reissue fills a major gap in the discography of one of the greatest pop-soul groups of all time!