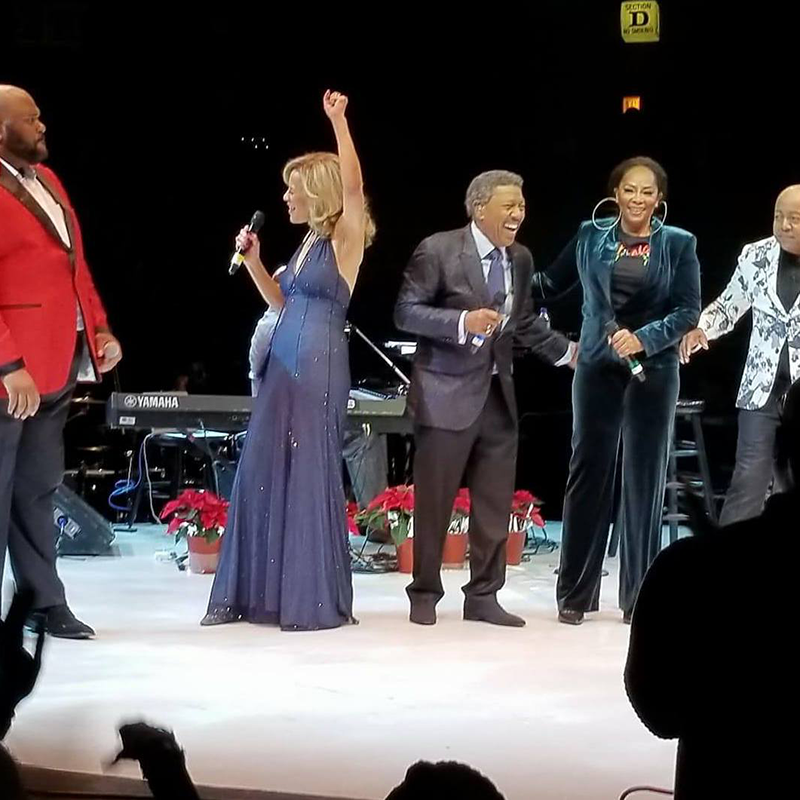 December 3–The Colors of Christmas Tour ’17 kicked off at Theater at Westbury, New York tonight and it was a powerfully intimate affair. The energy was electric with never a wasted second, as song after song–from Christmas favorites to greatest hits, and surprise duet and quintet collaborations–were presented with love of craft, audience and faith! Seasoned pros for any season, the camaraderie between Peabo Bryson, Jody Watley, Ruben Studdard (who at times was reminiscent in tone and congeniality of the beloved Ron “Sweets” Townson) and our very own Marilyn McCoo & Billy Davis, Jr. was simply delightful. Each stylish artist took their well-deserved star turns and were met with sheer warmth amid revival meeting amens, standing O’s and sing-along moments.

While Billy’s solo on “Go Tell It on the Mountain” brought us to the highest altitudes of Spirit-filled elation, Marilyn’s “Oh Holy Night” stopped the entire show in our elegant diva’s magnitude of meaning and musical dexterity. For these tours-de-force alone, go tell it…to a friend, and GO! Hits like “Aquarius/Let the Sunshine In” and “Up-Up and Away” appeared as special highlights, staged and arranged in fresh ways. “You Don’t Have to Be a Star” brought a thundering ovation…not only for the welcomed groove, but because of the absolute “adorableness” of McCoo & Davis. Marilyn dueting with Jody on “Jingle Bells” was also “too cute;” seeing gentlemen of Soul, Bryson and Studdard with Davis sharing the stage was an homage in and of itself to Billy’s influence on so many who came after him.