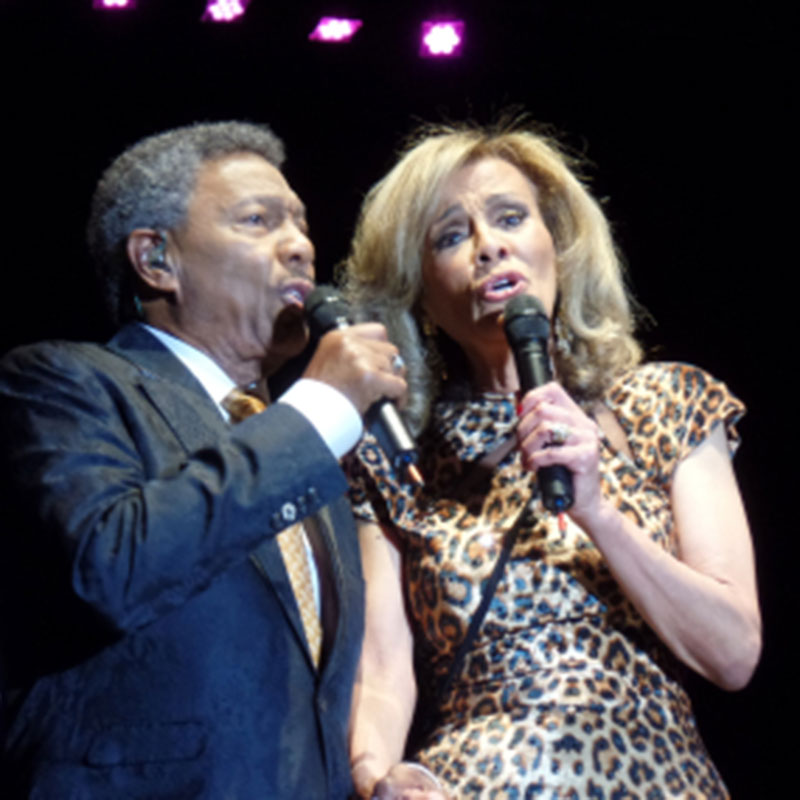 TODAY is our 48th WEDDING ANNIVERSARY! In honor, the fans salute our Greatest Duets at FOREVER 5th DIMENSION!

Summer is always a sentimental time for fans of Marilyn McCoo & Billy Davis, Jr., for July 26 is the date of their wedding anniversary, this year marks 48 years! The seven-time Grammy-winning founding members and former lead singers of legends The 5th Dimension, the scintillating “You Don’t Have to be a Star” duo who have shone brightly on “TV and stage” for decades are a timeless pair.

Indeed, the beauteous McCoo and the distinguished Davis continue to perform to the best reviews of their career. Just recently they honored Jimmy Webb at Carnegie Hall, stopping the show with their 50th-anniversary rendition of “Up-Up and Away.” And coming up next month, as part of the 50th anniversary of “The Summer of Love,” the twosome will present their own love songs, hits, torch and blues at Feinstein’s at the Nikko, August 17-19 in San Francisco. But enough with “the 50th” because for our “MarBill” it’s merely their 48th! In celebration, a sampling of special fans have participated in the following survey to honor their Greatest Duet Hits. And when it’s all been said, in making such artistic choices an extension of our affection for the “Sweethearts of Pop n’ Soul,” we’d like to express our heartfelt congratulations and blessings on the occasion of your 48th anniversary, Marilyn & Billy. With Love, Robert & The Special Fans

previous
It’s a “Billy’s Greatest Hits” Celebration: A Birthday Tribute from the Fans!
next
Billy & I are Celebrating my Birthday today with Fans in MARILYN & BILLY'S LIVING ROOM @ FOREVER 5th DIMENSION!